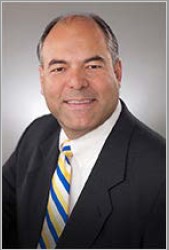 Judge Ruiz is husband to a teacher, Julie Santos Ruiz, St. Agnes Class of 1988 and University of Houston graduate. Together they celebrate 27 years of marriage. Judge Ruiz and Julie are parents to young men Francisco and Pedro Jr, who both are currently enrolled as freshmen in maritime studies at Texas A&M University at Galveston.

Judge Ruiz began his career practicing criminal defense law in Fort Bend, Galveston, and Harris County. He later was appointed to be an Assistant District Attorney where he was lead counsel in over 5,000 juvenile, misdemeanor and felony cases in Fort Bend County. Judge Ruiz was a trial lawyer in nearly 150 jury trial cases. In 2003 he earned his first judicial appointment where he presided over cases in the 240th, 268th, 400th and 434th Judicial District Courts of Texas, sentencing near 12,000 felony offenders and concluding over 5,000 civil trials. Judge Ruiz was both a Magistrate Judge and a Judge of the Tax Court for over ten years before returning to other government duties. Judge Ruiz was then appointed as a Presiding Judge for County Court at Law Number 5 in Fort Bend County, where he continued to preside in Civil, Criminal, Juvenile, and Probate cases.

Throughout 27 years of public service, Judge Ruiz has always dreamed of one day making Galveston his home town. Today, Judge Ruiz is concentrating his legal practice in the areas of Juvenile and Criminal Law. He is eager to serve the residents of Galveston and very excited to be a part of the team as Of Counsel to the Zendeh Del & Associates, PLLC. Judge Ruiz will be based out of Zendeh Del & Associates, PLLC’s Galveston, Texas office.